World globes have a rich history to them dating back to the 15th century, to a time when exploration of the world was at its height thanks to men like Columbus and Magellan. As such, authentic old-world globes are prized possessions because they give us a glimpse into a younger, much “smaller world.” 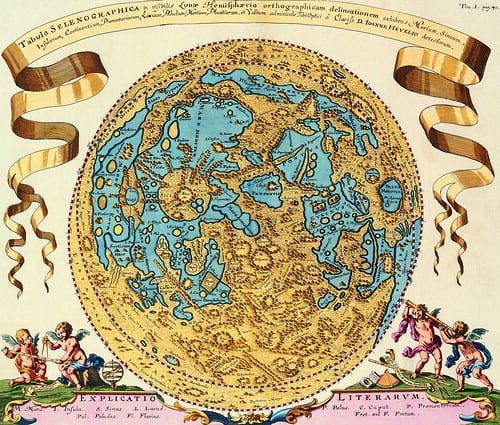 The charm in antique globes lies in how they provide a fascinating commentary on world powers’ past actions and how they changed territorial boundaries. Old globes also give us a look at undiscovered lands and comprehensive descriptions of the routes taken by some of the world’s greatest navigators and explorers.

In Part I of this article series, we touched on the first two factors to consider when assessing an antique globe: condition and maker.

In Collecting Antique Globes: Part II, we will focus on dates and pairs.

Seeing as how you’re examining an antique globe, knowing the date of the orb is important. How important will depend on what kind of globe you’re looking for. 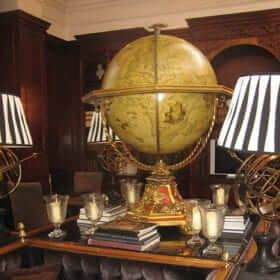 The majority of collectors, globes that predate World War I are a great addition to their collections. In the world of antique globes, these are fairly uncommon but not impossible to find.

For the more serious stuff, globes from the 17th century are where the true action and money is. Globes from this period among the rarest and most ornate, and as such, come with the highest price tag. These globes often have features you can no longer find in globes today.

Ultimate Globes has a guide on how to date your globe, which contains several ways to help determine a globes age. In addition you may also desire to read our article on How Much is my Old Globe Worth.

The tricky part here is that a pair of old globes can be dated many years apart. Terrestrial globes were much more dynamic due to new territories and changing boundaries, while celestial remained stable for many years. It’s common to find an early 19th century terrestrial globe dated 1829 only to find its celestial pair dated 15 years earlier.

We hope these articles have been enlightening and will add value to your efforts in collecting antique globes. Of course, your private collection should ultimately reflect your goals; whether collecting for monetary value, age, appearance, or all of the above, globe collecting can be fun and rewarding.

However, if collecting is not your thing and finding the perfect globe for your home or office is in need, check out our full selection of globes today.