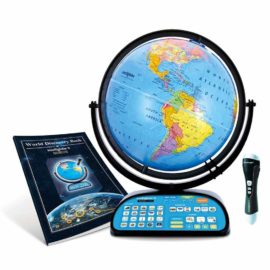 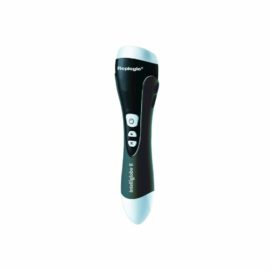 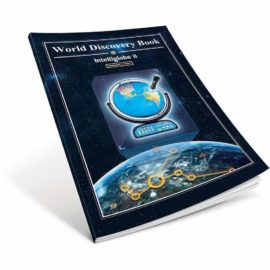 The Intelliglobe II Deluxe Interactive Globe for Kids is the educational and entertaining globe that contains 1,000’s of fun facts, geography, and general information that is truly interesting, useful, and thought-provoking. Touch the wireless Intellipen to the globe to play games and explore amazing facts about the world. The wireless Intellipen is easy to use for all age groups. The included World Discovery Book features maps, world flags, landmarks, animals, dinosaurs, foods, explorers, moon maps, sky maps, and more!

The globe itself mounted with a full-swing mounting to allow for left or right up and down rotation to see each area represented. Also, it includes raised relief on the surface of the globe to bring a 3D effect to various mountains and mountain ranges.

How to Use Your Intelliglobe II Deluxe Interactive Globe

The Intelliglobe II uses a wireless pen to “read” microscopic symbols on the globe and World Discovery Book. Touch the wireless Intellipen to the world globe or book to play games, explore, and discover amazing educational facts about the world. Intelliglobe II is one of the most advanced world globes featuring thousands of interesting facts.

Explore Features: To learn about a city, country, or area, use the tip of the pen to touch one of the Explore categories on the feature panel (located on base), and then point your Intellipen to a place on the globe. Touch different categories to learn more new information about the world. Explore Features include: Geography – Continents – Cities* – Countries & Territories – States & Provinces – Population – Music – Language Spoken – History – Life Expectancy – Economics, Currency, Main Industry – Ecology – Climate – Area in Square Miles – Current Time – Tourism – Animals – Food – Geology/Natural Resource – Distance & Flying Time

Compare Features: To compare information between two places, touch two locations on the globe, one after the other. Compare Features include Population – Land Area – Life Expectancy.

Games: The Intelliglobe offers several different games you can play. To play Find Games, touch one of the find categories with your Intellipen. The Intellipen will tell you to find a specific location on the map. Find the spots as quickly as possible to obtain the best score before the time runs out. Find games include: Find Continents, Countries, Capitals, Waterways, Cities. Locations and Landmarks

To play Trivia Challenge, touch the Trivia Challenge category. The Intellipen will ask you random trivia questions. Touch the proper place on the globe for each item. Try to achieve a perfect score!

The Intellipen has internal rechargeable batteries charged using the provided USB cable. The USB cable can also be used to download and install future updates to the pen!

We want to help you keep your globe as up‐to‐date and accurate as the day you bought it. This item qualifies for the "Updatable Globe Program" which provides a discount on the value of a new globe ball or globe ball and meridian should you like to update your globe in the future. Updates can be requested by contacting our Customer Support department.

Download our Guide to using your Globe to get the most out of your purchase.

What does the designation "political" blue in the description mean? Does the pen or globe require batteries? If yes, which batteries and how many? Do you recommend rechargeable batteries? Does it come with batteries? If the interactive pen is lost can a replacement be purchased? Can you update the information on this globe? Or do you have to purchase a new globe with updated/current info? Would this be an appropriate gift for a 4 year old 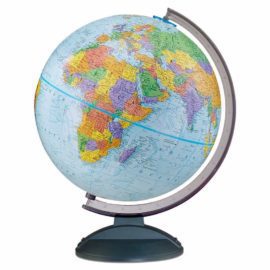 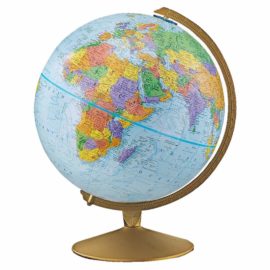 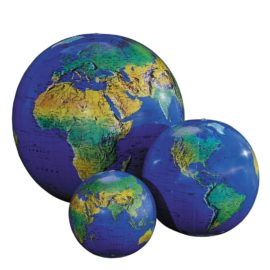 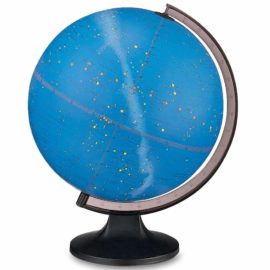 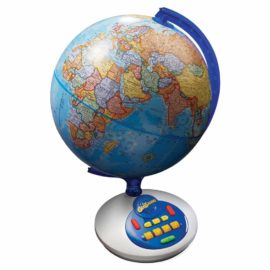 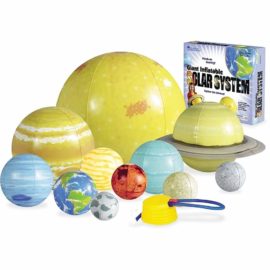 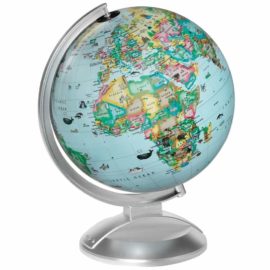