The Northeast United States Wall Map measures 64-in. W x 46-in. H and shows all of the following states: Connecticut, Delaware, Indiana, Kentucky, Maine, Maryland, Massachusetts, Michigan, New Hampshire, New Jersey, New York, Ohio, Pennsylvania, Rhode Island, Vermont, Virginia, and West Virginia. The boundaries are as follows: North: to include Thunder Bay in western Ontario: South: to include northern Tennessee to the Atlantic Ocean including Nashville; East: to the Atlantic Ocean; West: to include Thunder Bay, Madison WI to Paducah, Kentucky. The special features and data include: state highways, time zones, interstate highways, rivers and lakes, freeways, national forests, state lines, mountain ranges, longitude and latitude lines, cities and towns. Protected with a laminate finish, which is both markable and washable. In addition, for your convenience, the map is indexed on the face of the face of the map.

Shop now and get hassle free returns and exchanges to January 31, 2023. learn more

Top selling items are expected to sell out quickly. Place your order today for on-time delivery and availability during the holidays 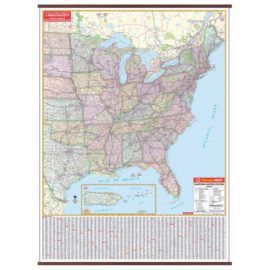 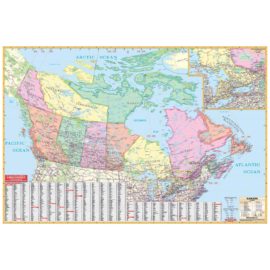 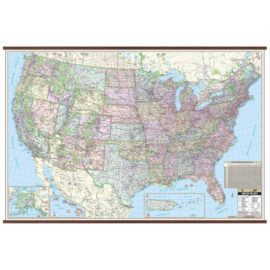 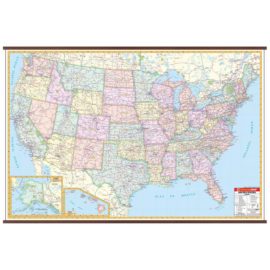 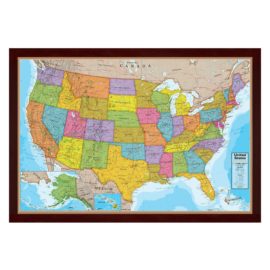 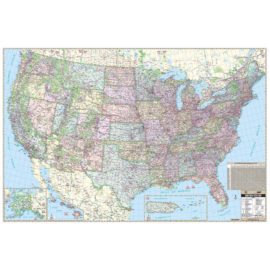